Asparagus is a spring vegetable, a flowering perennial plant in the genus Asparagus.

Asparagus has been used as a vegetable and medicinal plant for many centuries. I It is pictured as an offering on an Egyptian frieze dating all the way to 3000 BC, and commonly refered to since the roman empire. Emperor Augustus created the “Asparagus Fleet” and coined the expression “faster than cooking asparagus” for their quick action.
A recipe for cooking asparagus is in one of the oldest surviving recipe book, Apicius’s third-century AD De re coquinaria, Book III.

Water makes up 93% of asparagus’s composition. Asparagus is low in calories and is very low in sodium. It is a good source of vitamin B6, calcium, magnesium, and zinc. It is a very good source of dietary fibre, protein, thiamin, riboflavin, as well as chromium, a trace mineral that enhances the ability of insulin to transport glucose from the bloodstream into cells. 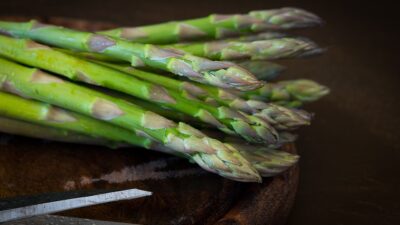 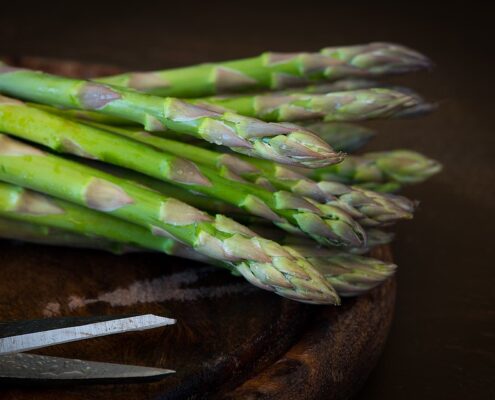 “ Made with just a few simple ingredients and makes a perfectly delicious side dish for any meal!”