This native Mediterranean plant is probably best known as bay leaf.
Its representative leaves have been a part of the culinary and medicinal world for thousands of years, dating back at least to the times of the ancient Greeks. . In its day, laurel wreaths were a symbol of high status, and were given as prizes at the Pythian Games, a tradition said to have been started by Apollo himself.

The uses of bay leaves are many, they include grinding the leaves into a spice to flavour soups and stews or more commonly – using them in whole form as a flavouring to certain dishes, only to be removed prior to eating or used as a garnish. Whole leaves are not commonly consumed, although extracts of these leaves have numerous medical uses.

They are a widely used as an element in aromatherapy and herbal treatments for various skin and raspatory conditions.
Bay leaves have a strong effect on the gastrointestinal as well as the ability to reduce inflammation throughout the body. 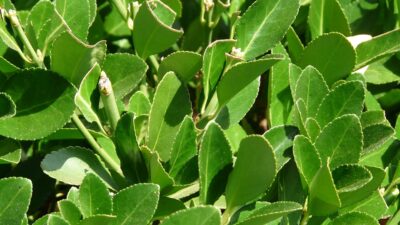 You can make a shrub into a low-alcohol cocktail called a shim by adding a splash of sparkling wine, vermouth, or your favorite aperitif.