A part of the dogbane family Apocynaceae – oleander, is a shrub or small tree , toxic in all its parts. It is often refered to as  nerium  for its resemblance to the unrelated olive Olea.

Oleander is widely cultivated and thus far has no precise origin identified, though southwest Asia has been suggested. The city of Volubilis in Morocco may have been named by the Berber word oualilt for the flower.

In ancient texts it is ofter reffered as “the desert rose,”. Historical references show that 15th century B.C. Mesopotamians used  the healing benefits of oleander extract.

Oleander has historically been considered a poisonous plant because many of its compounds , when consumed in large amounts – induce toxicity, especially in animals. Among these compounds are oleandrin and oleandrigenin, which are known to have a narrow therapeutic index and can be very toxic when ingested. 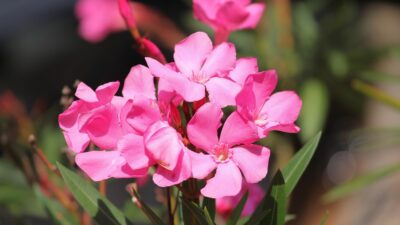 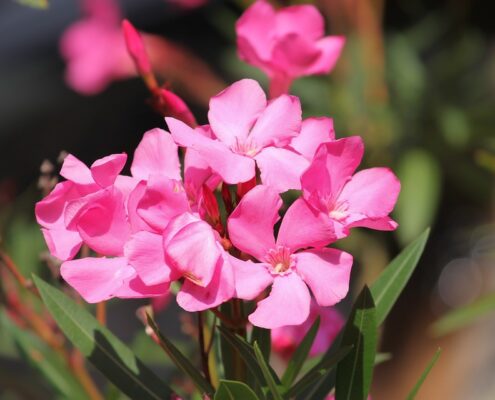